Tapas, flamenco, fiesta and siesta: Spain is not just about these few clichés! A trip to Spain, a land of contrasts, means a trip filled with history, culture, gastronomy and pleasant weather. Adopt the pace of life of the Spaniards and discover the riches of this beautiful country with your students. 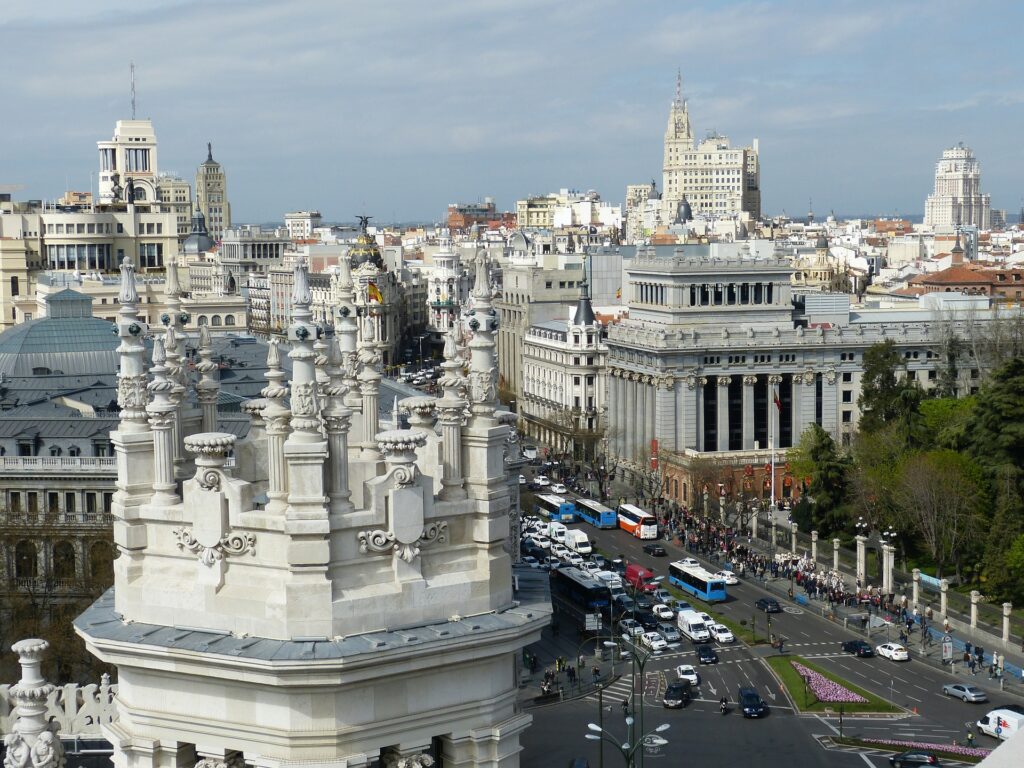 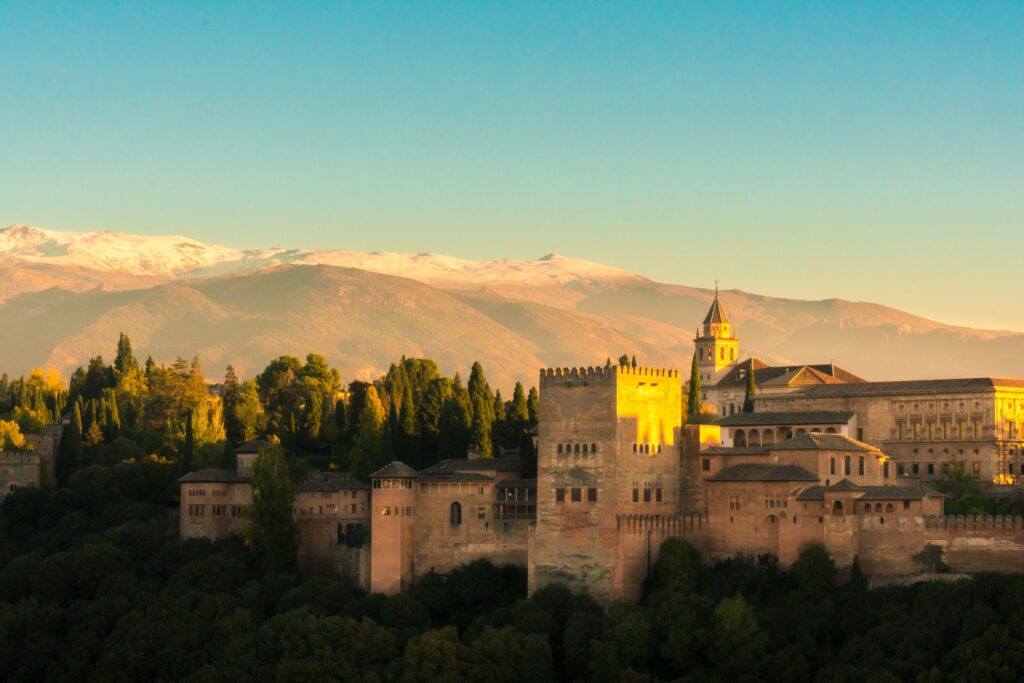 Upon your arrival in Madrid, be greeted by your tour guide and first drop by your hotel to drop off your luggage. After your first experience of Spanish cuisine, get to know this colorful and vibrant capital. Madrid, with its incomparable atmosphere, pedestrianized streets and distinctive neighborhoods, has something for everyone: gastronomy, architecture, culture and nightlife. Free time in the company of your guide will allow you to familiarize yourself with this city of more than 6 million inhabitants. Meal included: dinner.

After quickly discovering Madrid the day before, now is time to enjoy a guided tour of the city and its main attractions. Move through the capital by public transport in the company of your local guide. Go to the city center first to see the Plaza Mayor. Dating from the 17th century and a hub of social life, it served as a setting for bull races, Inquisition judgments, and public executions. After lunch, head to the Prado Museum, one of the most prestigious art museums in the world, for a self-guided tour. End your day with a guided tour of the Royal Palace, official residence of the Kings of Spain. Although the current king no longer resides there permanently, this monument has hosted several monarchs within its walls and it is still the host of official ceremonies. Return to your hotel in the evening. Meals included: breakfast and dinner.

After breakfast, take your luggage aboard your coach and set off for Cordoba. On your way to Andalusia, pass through Castilla La Mancha, land of Don Quixote’s adventures. After having lunch, discover Cordoba with its pretty streets full of flowers. Cordoba was born from the mixture of several cultures: its Roman past, the coexistence of Christian, Islamic and Jewish cultures which have shaped the course of its history. The old town is home to most of the major monuments and looks like we are still in the 10th century with its narrow streets and goldsmith’s workshops. Then visit the Mosque-Cathedral and the Calahorra Tower. Check into your Cordoba hotel in the evening. Meals included: breakfast and dinner.

The Andalusian capital, Seville, is on the program for the day. On board your coach, travel to this charming Spanish city. Authentic, colorful and passionate, Seville is known for its famous cathedral but it has much more to offer its visitors. Throughout the day, you will visit with your guide the famous Cathedral, the Alcazar of Seville, the Marie-Louise Park and other lovely places. Several scenes from Games of Thrones were filmed in Seville; can students recognize them as you explore the city? After lunch, enjoy free time to stroll through Seville’s neighborhoods. The return to Cordoba will be at the end of the afternoon for dinner and overnight. Meals included: breakfast and dinner.

Travel today to Granada, a city brimming with history, located in the heart of Andalusia. En route, pass through the olive grove region where you will have the opportunity to visit an olive oil mill. Upon arriving in Granada, drop your bags off at your hotel and take the time to enjoy a nice lunch in the city. Finally, head to the Alhambra, a famous and imposing complex made up of a sumptuous collection of Islamic palaces, gardens and fortresses. Take your time to freely visit this architectural gem. Installation at your Granada hotel in the evening. Meals included: breakfast and dinner.

After your breakfast, take the road to Valencia, a dynamic Mediterranean city. Why go to Valencia? For its 300 days of sunshine, its famous paella, its 7 kilometers of beach and of course for its festivals and traditions that are still alive and well. Take advantage of your afternoon and evening to get to know this adorable port city. Night in a hotel in Valence. Meals included: breakfast and dinner.

Take the road one last time to get to Barcelona. Capital of Catalonia, Barcelona is renowned in part for its art and architecture. In the afternoon, after a free time for lunch, visit the city in the company of your tour guide. Discover Spain’s most famous avenue, La Rambla, which comes alive day and night through an explosion of shops, restaurants and street performers. Continue towards Barrio Gothic, Barcelona’s oldest district. Wander its winding streets and narrow alleys that open up to majestic squares such as Plaça Reial and Plaça del Pi. End your day with a visit to the Picasso Museum, one of Spain’s greatest artists. Check into your hotel nearby Callela at the end of the day. Meals included: breakfast and dinner.

On board your coach, take a guided tour on the theme of Modernism and Gaudi. See Park Guëll, Casa Batllo and Casa Pedrera. A visit to Barcelona couldn’t be complete without stopping at the Sagrada Familia. An architectural gem, the Sagrada Familia is one of the most spectacular basilicas in the world. Students will be captivated by this emblematic building of Barcelona which is still under construction since 1882. This imposing project was due to end in 2026, 144 years after its launch, but delays are to be expected. Take advantage of your last moments in Barcelona to do souvenir shopping and feast on delicious Spanish cuisine. Return to Callela for dinner and overnight. Meals included: breakfast and dinner.

Coach transfer to Barcelona airport and return flight home. Meal included: breakfast (to be confirmed according to your flight schedule).